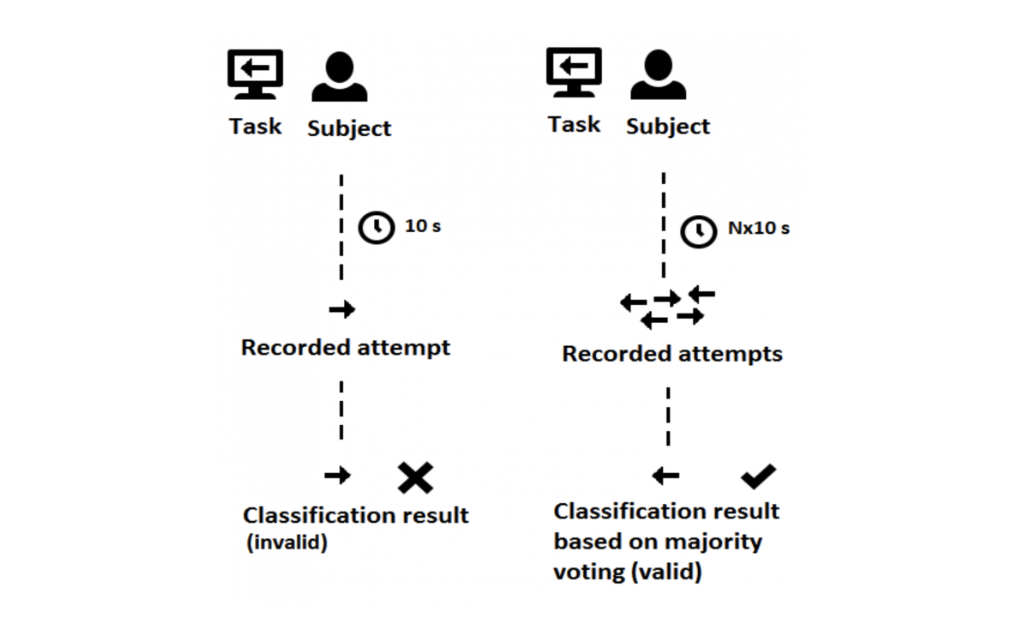 The solution described in the thesis is based on Condorcet’s jury theorem. It states that if we have two options and the chance to pick correct is larger than 50%, then, if we make several attempts in a row, the probability to pick the correct option by majority vote is rising with the number of attempts. In this work we apply the main Condorcet’s principle in a BCI perspective. First we develop a system that can reach the single concentration attempt’s prediction accuracy to be more than 50% and then we use multiple concentration attempts in a row to improve the overall accuracy. We expect that given enough attempts we can reach 99% classification accuracy. We compare the empirical results with the theoretical estimates and discuss them.

The BCI technology is a relatively young field. In order to fully integrate it into our ordinary life, the contribution from scientists and engineers is required for converting BCI to a reliable system. The following work contributes to reliability of BCI systems.