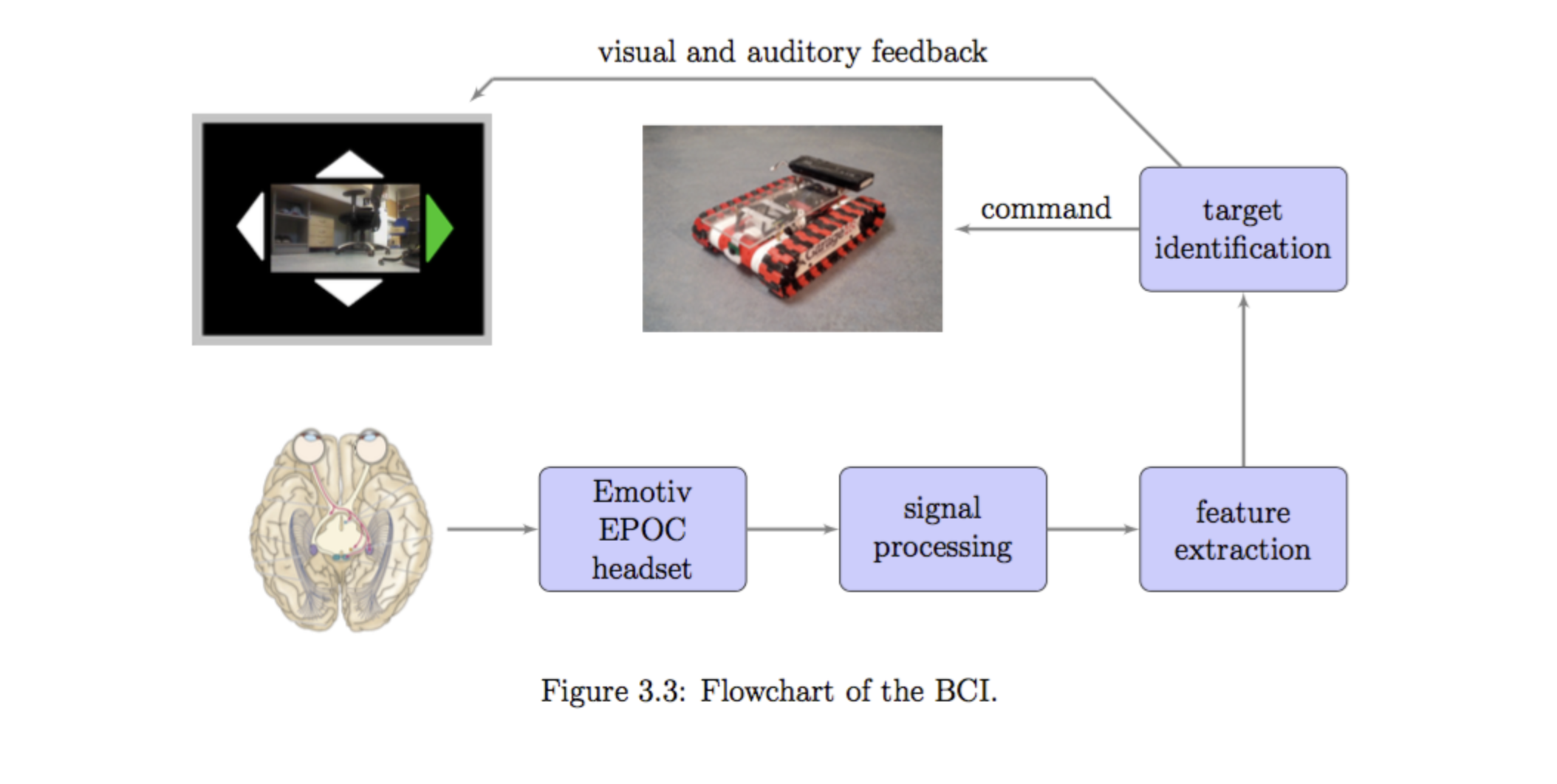 This thesis describes an SSVEP-based BCI implemented as a practical part of this work. One possible usage of a BCI that efficiently implements a communication channel between the brain and an external device would be to help severely disabled people to control devices that currently require pushing buttons, for example an electric wheelchair. The BCI implemented as a part of this thesis uses widely known PSDA and CCA feature extraction methods and introduces a new way to combine these methods. Combining different methods improves the performance of a BCI. The application was tested only superficially and the following results were obtained: 2.61 ± 0.28 s target detection time, 85.81 ± 6.39 % accuracy and 27.73 ± 5.11 bits/min ITR. The implemented BCI is open- source, written in Python 2.7, has graphical user interface and uses inexpensive EEG device called Emotiv EPOC. The BCI requires only a computer and Emotiv EPOC, no additional hardware is needed. Different EEG devices could be used after modifying the code.